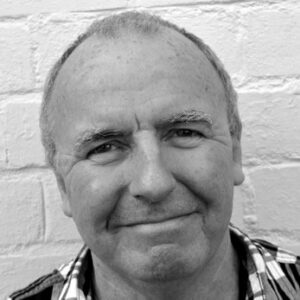 Ric Yerbury is an entrepreneur who has also run large PLC companies, successfully procured major rounds of investment into several startups and SMEs and declined a major-label record deal; also in the studio, Ric has recently finished a solo-neo-classical album of original piano recordings under the moniker ‘John William Richard’ and is also in a band called ‘I Smell Burning’.

Ric is the Chairman and Founder of Daft Springer having been the architect for the Shared Outcome agreement which has been a decade in the making.

Q1. What was the thinking behind Daft Springer?

twofold: get the best possible support around new talent or projects but reduce upfront costs and then make the legal experience simple and if possible enjoyable!

From a long way back when I was running a studio in Bristol in the 1980s to more recently, the bartering culture in music has always been, professionals being asked to invest their talent in the artist who at an early stage might not have the finances to afford to go the extra mile. There are many entrepreneurs in the music industry but the very little formal deal-making process can allow such trade. The thinking has been over the past 6 years plus, can we build a trustworthy platform that formalises this favour culture? I think we have.

Q2. What is the problem Daft Springer solves and for whom?

Similar answer in that there are two things Daft Springer does, it solves the problem of how you get projects funded when they are at an early stage ie higher risk and how do you make it a simple and transparent experience to contract these agreements. Although we are initially working with the music industry with artists, indie labels and managers, this works across sectors. In fact anywhere where early risk can be mitigated through future revenue share deals

Q3. What is the worst deal you have ever made?

Acquiring an events business that had no genuine events!

Q4. What is the worst deal you have been offered?

Probably has to be one of the music venues I looked at. Heart leading, not the head, took me to a number of opportunities I knew I should avoid but then generally that is the way it works.  The smarter ones of us try and walk away in time!

Q5. Who do you think could benefit most from being offered a revshare Agreement?

Interesting – for me from the suppliers perspective it would include those who have never previously had the opportunity to share in the upside of a project/artist/film/event/new app etc. So, for example, the marketing people. I started using the phrase, ‘formalising the favour culture’ when thinking about the legions of professionals who work with artists of the future on little more than a handshake. Potentially these are the most deserving beneficiaries, the entrepreneurs!

Q6. Who would you most like to offer a Daft Springer revshare deal to, dead or alive?

Above all Daft Springer is aimed at opening up funding solutions to the early talent in any walk of life while rewarding those who support them. In terms of the past, many artists could have benefited substantially if their deals had been different from those they entered into. While this probably matters less to the superstars, there are legions of bands and artists that have barely paid back advances received from their share under traditional deals. For them, Daft Springer deals would have been life-changing in terms of where they are now.

I’d possibly like to be able to work with Kanye West on my next creative output, so perhaps a Daft Springer revshare deal for Mr West please.